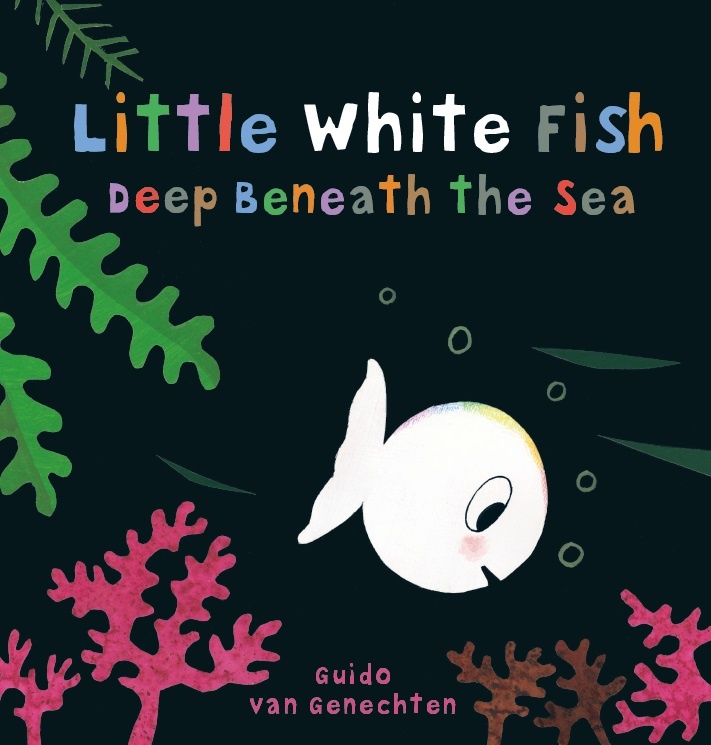 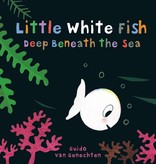 Since 2004, this loveable little white fish has been part of Guido Van Genechten’s oeuvre. His high-contrast pictures are quite distinctive, with the colourful ocean dwellers standing out clearly against the inky black background.

In this first adventure, little white fish goes in search of his mother. Along the way, he meets creatures of all kinds and colours: a red crab, an orange starfish, a yellow snail, a green turtle, a blue whale and a purple octopus – but none of them are his mummy. His mother is special and even though she’s not white, little white fish would recognise her among thousands: her skin boasts all the colours of the rainbow.